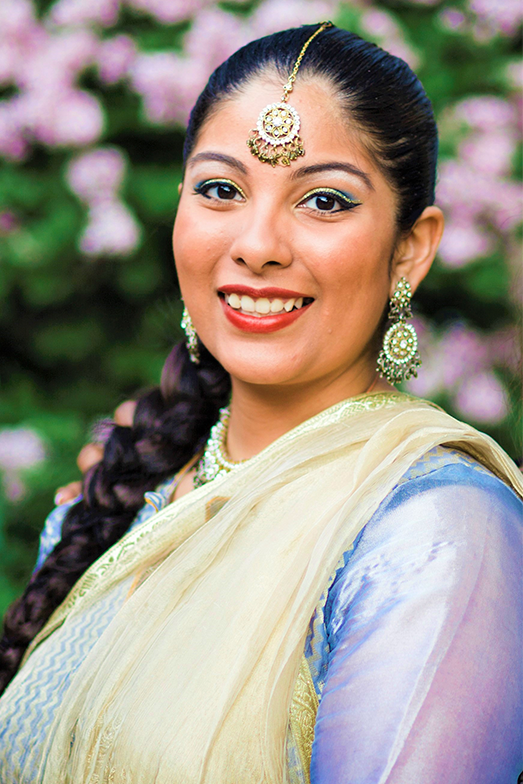 Brittany enrolled with the India School of Dance, Music & Theatre in 2002. In 2009, she was one of the first six certified Kathak dancers to complete their Aradhana and graduate in Manitoba and has since been instructing both Kathak and Classical Bollywood with the India School. She has performed, choreographed, narrated, and assisted in various India School Showcases including “On the Wings of…,” “Rudyard Kipling Rediscovered: If…,” and “Emergence.” In 2017, she co-instructed several young dancers at the India School through the arduous completion of their Kathak Aradhana. Brittany has also offered her teaching and choreographing experience to the Senior Dance group at the Indo Caribbean Performing Arts School for 9 years. Her love for dance has led her to perform various dance forms such as Rajasthani, Kathak, Bollywood, Bhangra, and Chutney at many community events. She has performed and choreographed for various cultural events including Diwali Mela, Holi festivals, weddings, concerts, Raunak, and the Folklorama festival, where she was a part of both the India and Indo Caribbean Paradise Pavilions since 2004. In 2010, Brittany had the honour of representing the Indo Caribbean Paradise Pavilion as their Youth Ambassador, and in 2018 she held the position of Entertainment Co-Chair at the India Pavilion.

Her performances at cultural events and mentorship towards youth in the community have earned her the Citizens' Equity Committee Youth Role Model Award given by the City of Winnipeg. Although a proud recipient of the Rebello Scholarship, she has also received Gold and Gold Honours at the Dance Manitoba competition along with her India School dance group.

Even throughout her involvement with dance, Brittany's education has always been of paramount importance to her. She graduated with her B.A. Honours degree in Psychology at the University of Manitoba and in 2018 moved to Vancouver, BC where she is currently pursuing a Doctor of Psychology (Psy.D.) degree in Clinical Psychology.

View All Articles
No Articles Found.