Guru Shanta Ponnudurai is a world renowned Bharatanatyam dancer, choreographer and teacher. She holds a first class diploma from the prestigious Temple of Fine Arts Kalakshetra and had the rare privilege of being under the guidance of its founder, Smt.Rukmini Devi Arundale. 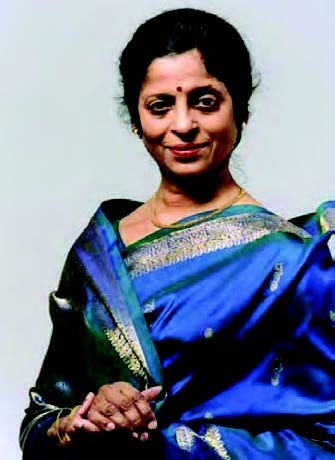 Guru Shanta Ponnudurai is a world renowned Bharatanatyam dancer, choreographer and teacher. She holds a first class diploma from the prestigious Temple of Fine Arts Kalakshetra and had the rare privilege of being under the guidance of its founder, Smt.Rukmini Devi Arundale. In addition, she holds a Master’s degree in Fine Arts from the University of Bombay. Guru Shanta Ponnudurai began her career in 1967 as a dance teacher at Chundukuli Girls College, Jaffna, Sri Lanka.

She was appointed as senior lecturer and department head at Ramanathan Academy of Fine Arts in 1974. She has also served on several Boards of Examiners for various dance institutions. In 1987, she joined the Singapore Fine Arts Society as Head of the Bharatanatyam Department. She joined the India School of Dance, Music, & Theatre in Winnipeg in 1992 as the Visiting Instructor, Consultant and Guru.

Furthermore, a luminary on the Canadian scene, she was recognized in 2004 for her overall contributions to the performing arts in Canada by the Tamilazhar Thagaval Society. Ms. Ponnudurai has been acknowledged all over the world for her Ruby Anniversary (40 years) of teaching and choreography in 2007. Guru Shanta Ponnudurai is also the Artistic Director of Bharatanatyam at Sruti Laya Fine Arts Academy.

Guru Shanta Ponnudurai has dedicated her career towards excellence as a goal, and has strived to maintain it over the years. She is committed to artistic excellence while guiding her dancers’ personal growth, enabling them to progress in technique, artistry and creativity. While adhering to the Kalakshetra style of Bharatanatyam, (noted for its angular, straight line, ballet- like kinesthetic trademark) Ms. Ponnudurai collaborates with Visiting Dancers, Choreographers and Teachers to further her students’ experience in various forms of dance styles while training and developing a new generation of accomplished and versatile dancers. Dance India Asia Pacific bestowed the prestigious Award “Natya Aacharyamani” in 2017. Given by her peers, it recognizes great artists for their contribution to the performing arts and is considered a lifetime achievement recognition. During the COVID-19 period, she has bridged the world from Singapore to Winnipeg, with online dance classes.

View All Articles
No Articles Found.