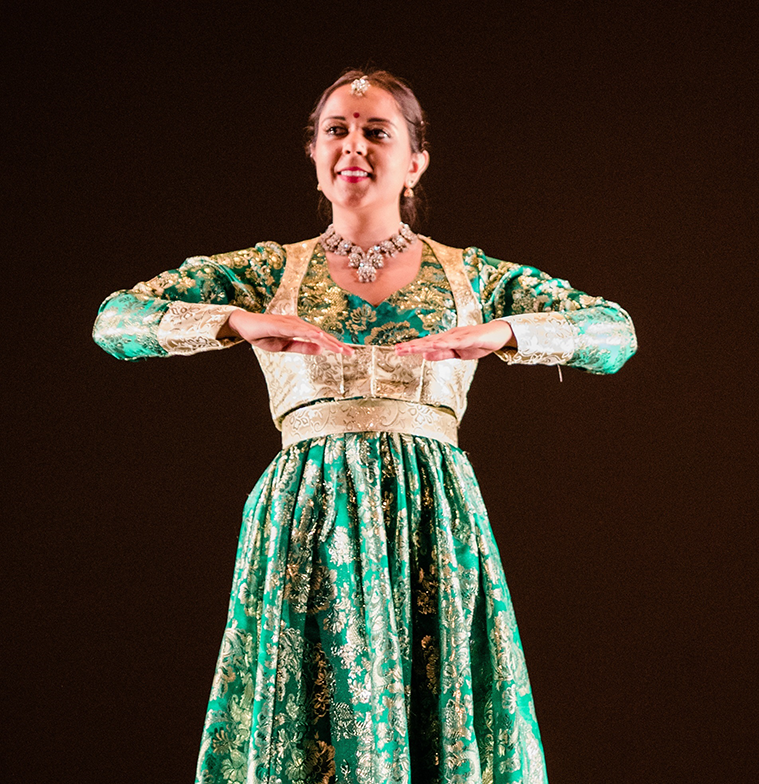 Shavira began taking Kathak lessons at the India School of Dance, Music & Theatre in 2004. After five years of training, she completed her Aradhana, or graduation, with five other dancers as India School’s and Manitoba’s first group to do so in the style of Kathak. She has since then then been teaching Kathak and Classical Bollywood classes to students of all ages and in 2017 co-instructed the province’s second Kathak group through the completion of their Aradhana. In 2019, after two years of additional discipline, training, and perseverance, Shavira became the first Kathak dancer in Manitoba to complete a Rangmanch Pravesh, or “entry to the stage”, a solo dance graduation show in Kathak.

The India School has provided Shavira with ample opportunities to branch out and give back to the community. In addition to performing at numerous community events such as Folklorama, Asian Heritage Month, Diwali Mela, and other receptions and galas, she has received the Rebello Scholarship and Gold and Gold Honours from the Manitoba Provincial Dance Festival. Her creativity allowed her to help organize and choreograph pieces for India School’s showcase productions and other events.

Outside of being an accomplished Kathak dancer, Shavira holds a black belt in karate and takes tap dancing lessons. Her numerous community roles as a valued member of the India School and diverse volunteer at the Health Sciences Center for many years awarded her the Manitoba Youth Leadership Scholarship. She has been working at CancerCare Manitoba in various research roles and volunteers as a counsellor at a clinic, both since 2015. Shavira holds a B.Sc. honours in Genetics, M.Sc. in Biochemistry and Medical Genetics, for which she has received the joint Research Manitoba/CancerCare Manitoba Master’s Studentship and has several first- and co-author publications, and continues to pursue a higher education in the medical sciences.

Shavira has been managing the Kathak department for several years. This entails organizing the class plans and schedules, corresponding with interested and current students/families to ease the enrollment process in the school, and communicating with any potential parties to organize dance performances. She is happy to help answer any of your questions or concerns regarding the Kathak and Classical Bollywood classes! 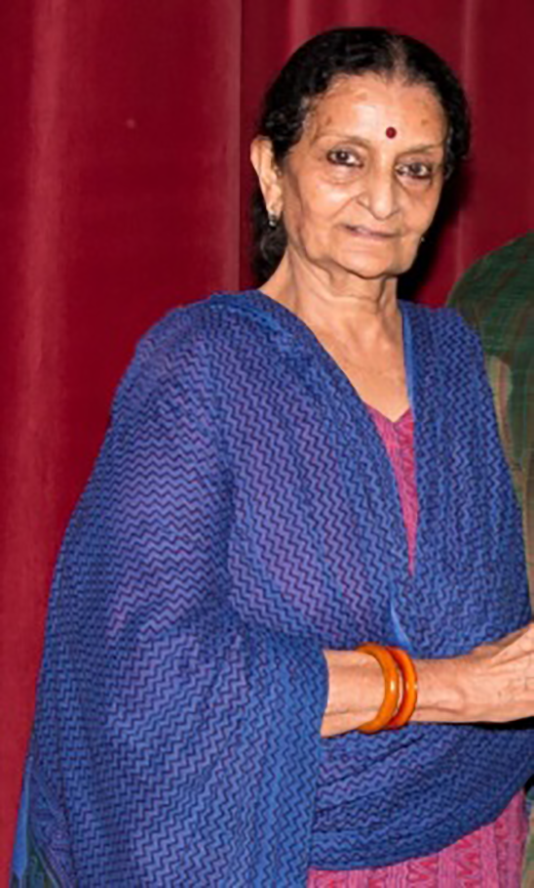 It is with great sadness we announce the passing of our Kathak Guru Sandhya Desai at the age of 82, on August 7th, 2022. 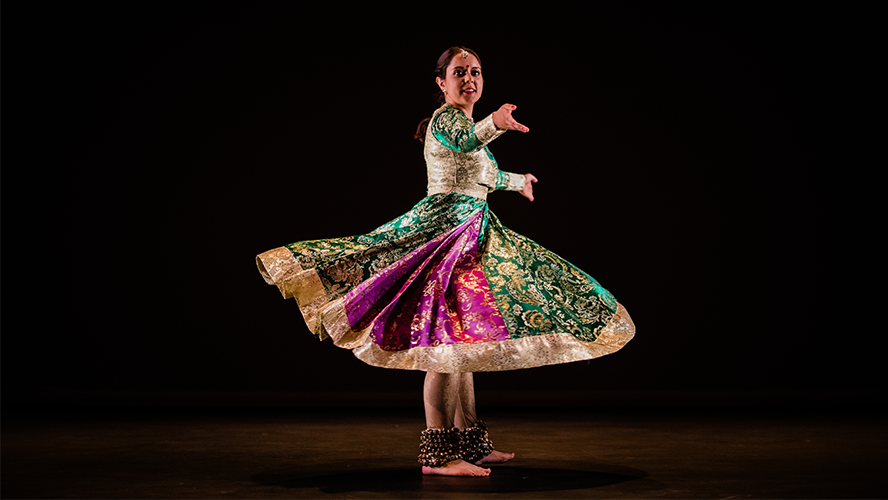 Originating in Northern India, Kathak is presently recognized for its rapid spins (“chakkars”) and fast footwork accompanied by hundreds of ankle bells (“ghungroo”). Our kathak classes focus on the theory, abhinaya (expression), and technical components of dance.